How This Mom Celebrated Her Daughter: Grad 2021

Grad photos in Saskatoon are a great way for emotional parents to help celebrate their teens graduation.

“Take pride in how far you’ve come. Have faith in how far you can go. But don’t forget to enjoy the journey.”  – Michael Josephson

Grad photos are one of the best way for parents to help their teenager celebrate their graduation. It’s just as important for Mom or Dad, though, to have the memories of this landmark. It’s as much for the parents as it is for the graduate (sometimes more for the parents, let’s be real here haha).

Parents want to celebrate their teenager and hold on to the pride they feel for them at this time. Wendy was no exception. She booked two photo sessions for her daughter Rachel – one to capture her love for track and hurdle and another to capture her red-carpet formal look (done at Boffin Gardens).

I chatted with Wendy during her photo reveal about how her only daughter graduating made her feel. 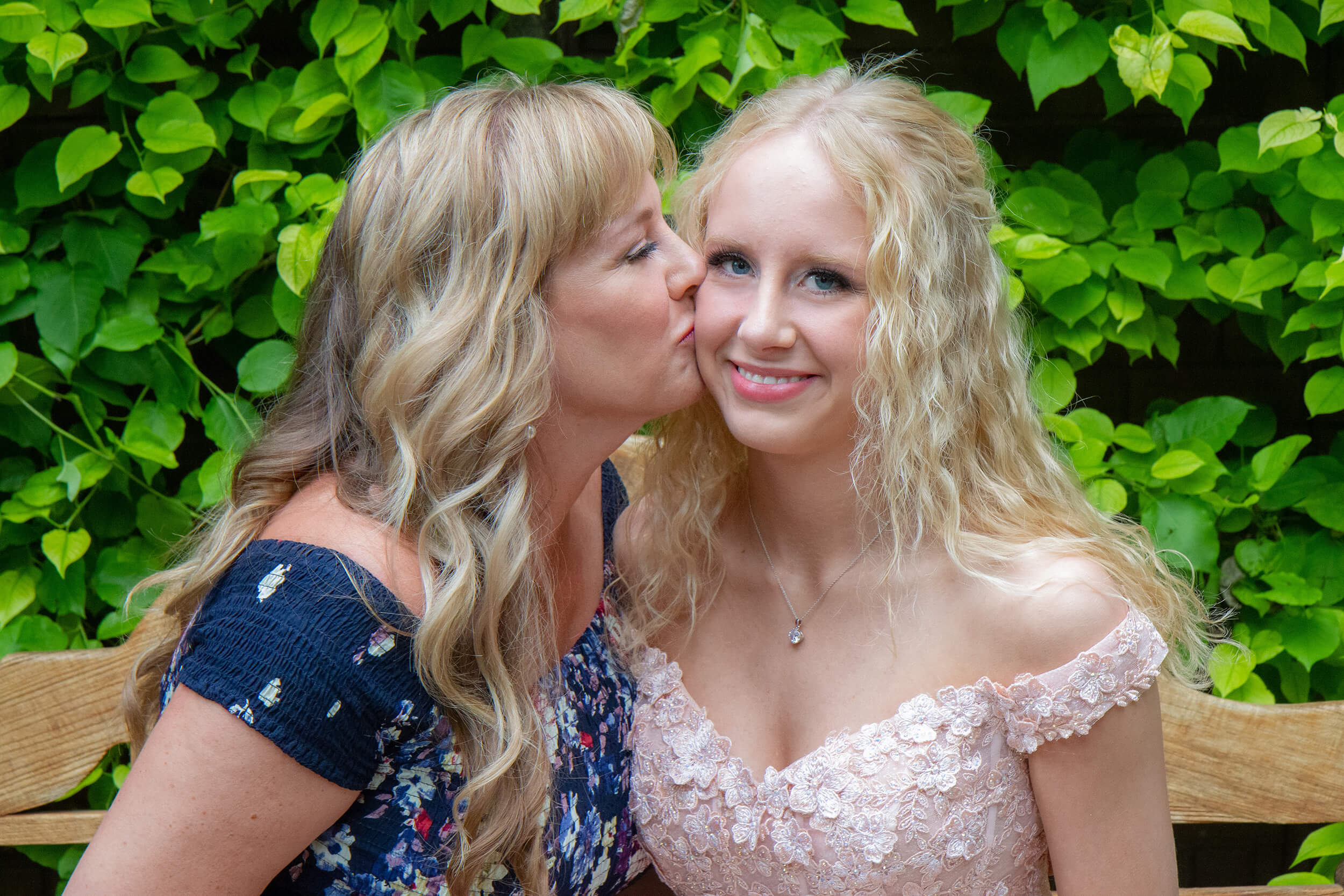 R & S: Okay, Wendy, how are you feeling about Rachel graduating?

Wendy: Excited to be done, excited for the next step.

R & S: How do you feel knowing you’ve raised her to adulthood? She’s done school.

Wendy: “How do you feel?” That’s a loaded question.

Wendy: With or without crying?

R & S: *laughing* Whatever you feel is necessary. You do you!

Wendy: I feel…accomplished. It’s been a lot of fun.

Wendy:  Well, she’s my only girl. And she’s not your typical moody teenager. She never has been. She’s always been pretty even keeled, very respectful, easy to raise. She’s – don’t tell the boys – but she’s the easiest one. *Laughing* Actually I tell them anyway!

R & S: *laughing* What did you think of the grad celebrations? What sorts of things did you or the school do for her? 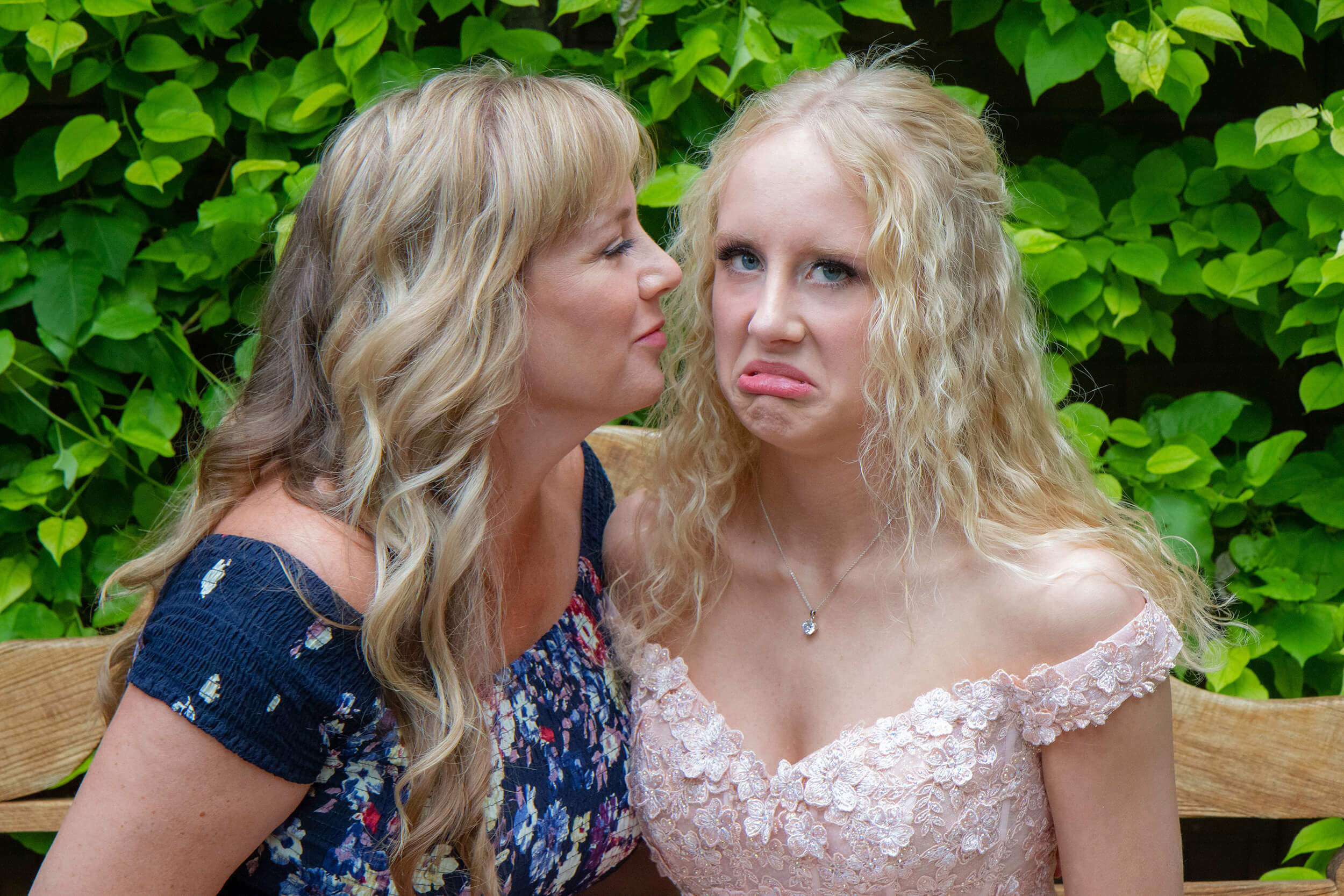 Wendy: You know there wasn’t a lot of celebrations for grad. She graduated Holy Cross and they had just a walk by that we couldn’t even attend. And she got her certificate and that was it. And then they had an “after grad” celebration that the parents decided to do but it wasn’t inclusive. Not every grad had the option of going, it was only 160 or 150 of them. I think there were over 200 graduates, too.
So there was Rachel and a bunch of others decided not to go because it wasn’t inclusive. I totally supported it. It sounded really cool. They did a red carpet, so they could wear their dresses and their tuxes. A red carpet movie premier kind of thing. They had red carpet photographers and stuff, then they went and watched a movie.
But she didn’t go. She didn’t feel really connected with Holy Cross so she probably had a better grad than ever because we had 4 parties here. And we took her to the top of the mountain with her grad dress.

R & S: Did she know you were bringing the dress up to the top of the mountain or was that a surprise?

Wendy: She didn’t know that we were doing the whole thing. But for us to have a family vacation – the five of us – is quite a feat now with everybody working so all five of us went to Canmore. We all climbed the mountain and it was just before we left that we told her that we were doing this and that she had to pack her grad dress. 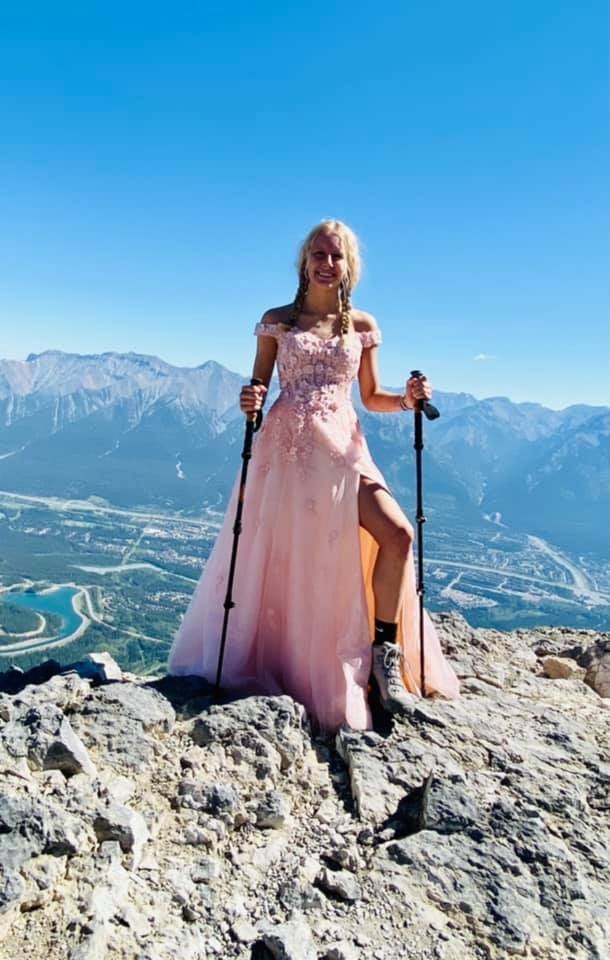 Wendy: She was thrilled and she had people from Alberta – she has lots of friends in Alberta – they even said ‘no one in Alberta has thought of this. Taking it to the top of the mountain’. We packed it up, put it on at the top, took pictures, took it off, then hiked back down. It was something.

R & S:  I wish I could have hiked up with you guys. It would have been a great picture!

Wendy: Oh it was fun! It the perfect weather! Blue skies and no wind but it was soooo hot. We were just dripping. But she was such a trooper. That’s what she wanted to do. She had said the year before when we hiked up the mountain, ‘This would be kind of neat to take a grad dress up here’.

Wendy: I pocketed that and never said a word until just before we left. I said, ‘Hey. Guess where we’re going on Saturday?’ ‘Where?’ ‘Canmore. With your grad dress. To the top of the mountain.’ And she was just so thrilled. So she probably had a better grad celebration than most.

R & S: Just because it was SO different!

R & S: We did photos for Rachels graduation. What made you choose me?

Wendy: I’d seen pictures that you’ve done. Your creativity. And your ability to make Rachel feel comfortable. To have that trust, too. And just because you’re so easy going and relaxed. Not everyone is like that and you feel like you’re doing a photoshoot instead of just having fun. And when you’re out having fun you get better pictures.

R & S: It’s true! What did you think of the experience overall? The photo experience?

Wendy: It was easy. Even the boys said that. They said ‘Well that was fun’. It was just easy. Like it didn’t feel like there was pressure. I always get really stressed about doing photos but it was just easy. The track stuff was easy. I trusted you so that’s part of it, too, I think. I completely trusted you. And you didn’t make Rachel feel uncomfortable. I told her ‘Her business name is Roses & Scars. She gets imperfection and it’s okay. It’s beautiful.’ And that’s what you do. You take imperfections and you make them beautiful.

R & S: What did you enjoy the most about both sessions?

Wendy: The first session watching you try to figure it out with the wind was entertaining. *laughing* With the gale force winds. And then the second one, it was just the whole experience. You know, like, we were all dressed up and it was fun taking pictures of you taking pictures of Rachel. Just the whole of it. It was just a lovely evening and we all came home and said, ‘Woah, that was good.’

Wendy: I love them. They’re beautiful. Hence why I had a hard time picking. *laughing* 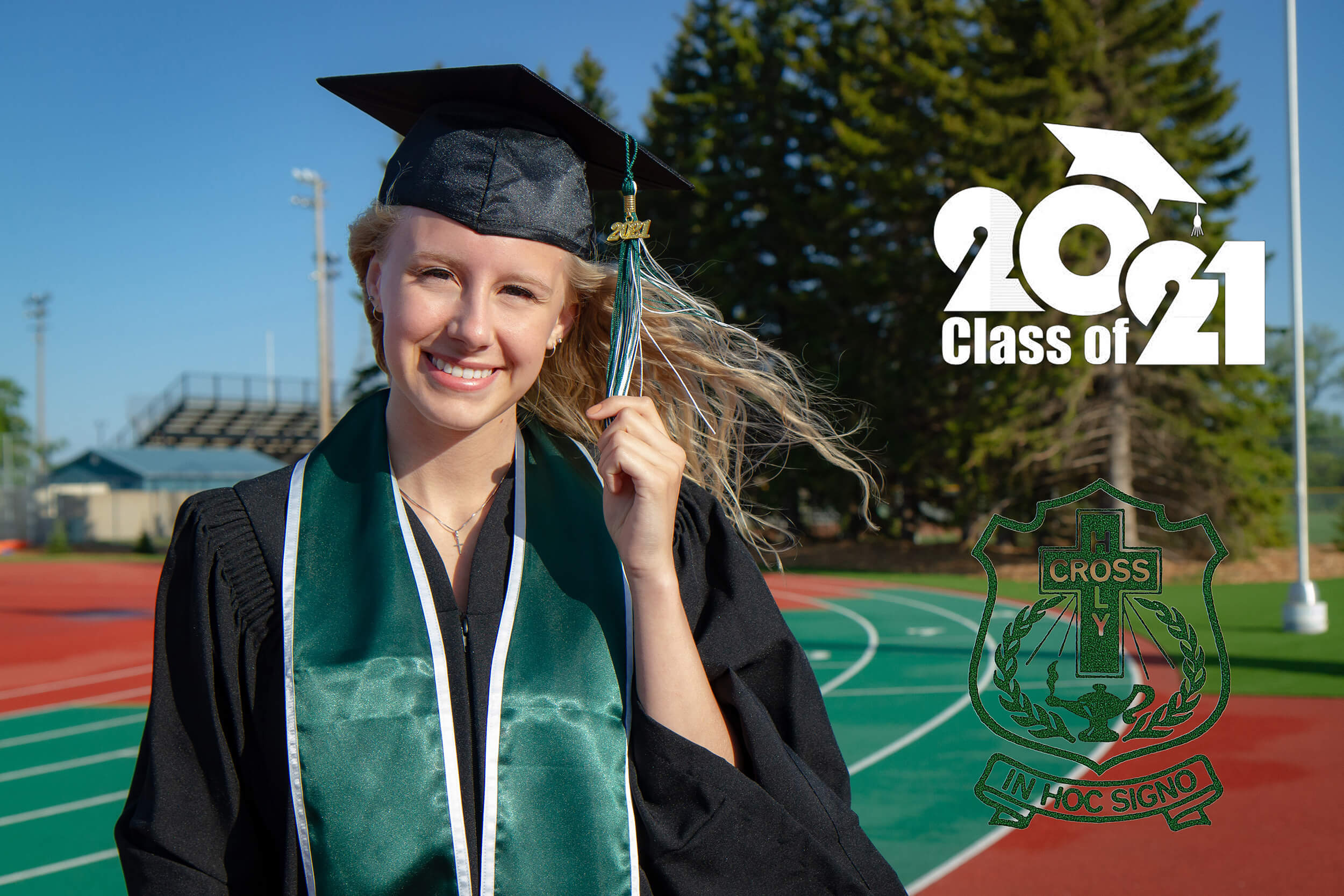 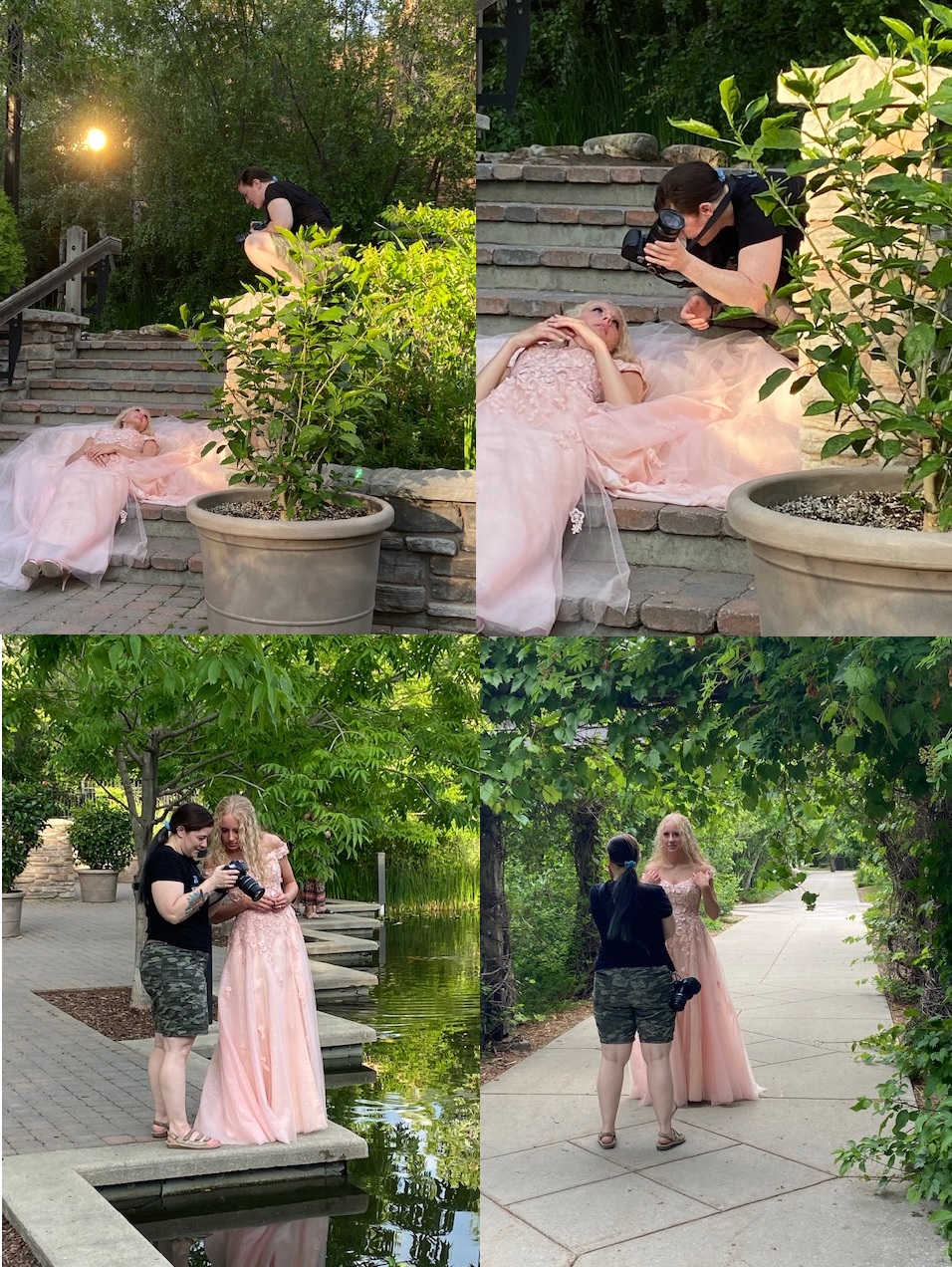 R & S: *laughing* That’s probably the highest compliment. ‘I couldn’t pick, they were all so good!’

Wendy: Well yeah. I could just take them all but I don’t NEED them all.

R & S: Do you have a special message for Rachel?

Wendy: *silence* *tearing up* That’s hard. Uhm. She’s gone over so many hurdles and climbed so many mountains. I couldn’t be prouder *shaking voice* She’s beautiful and she’s funny and she’s intelligent and she’s got so many talents. They need to be shared with the world so that’s what I want her to do going forward. So she picked a good vocation to do that because she’s going to be able to share everything that she is and the gifts she’s been given in teaching. 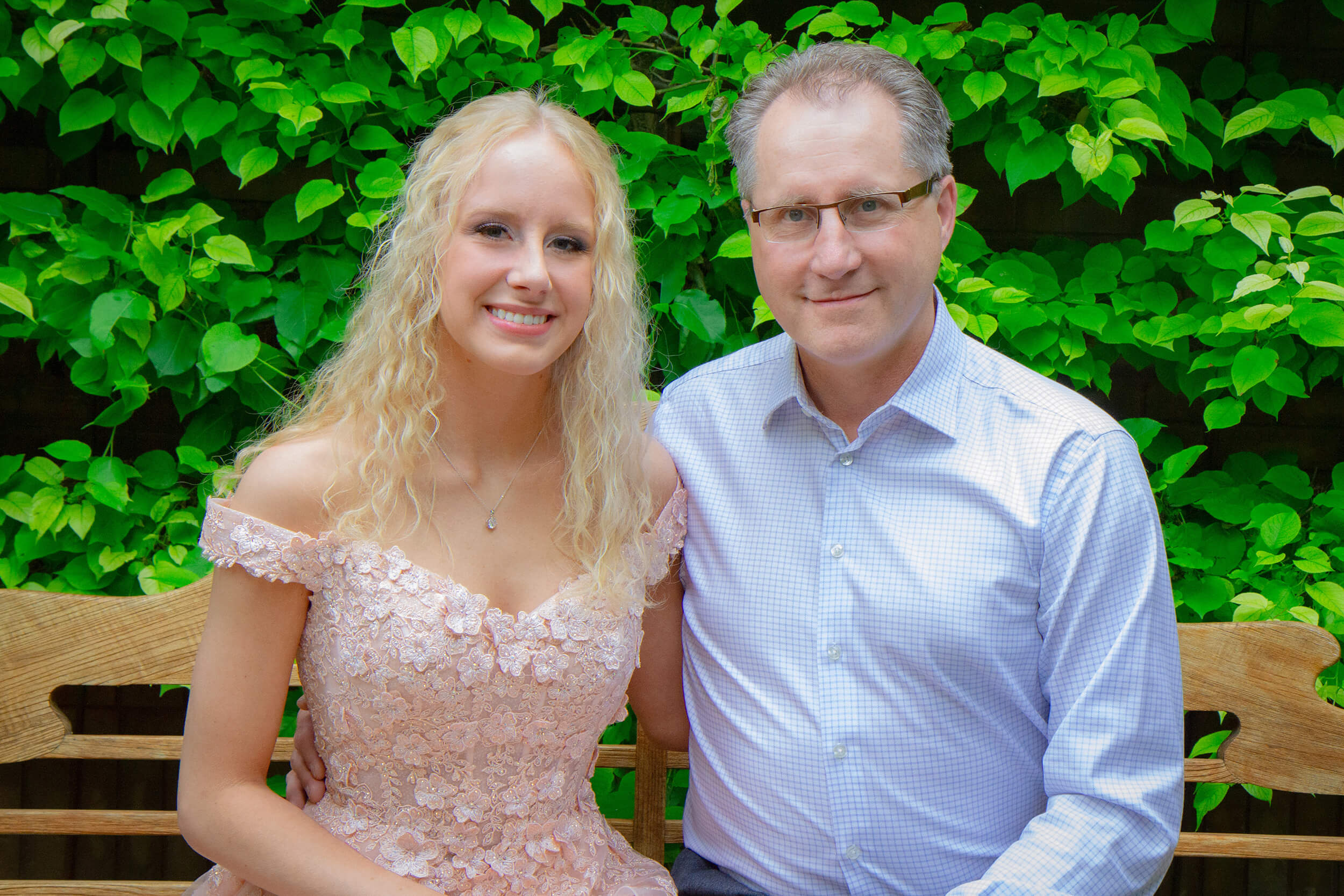 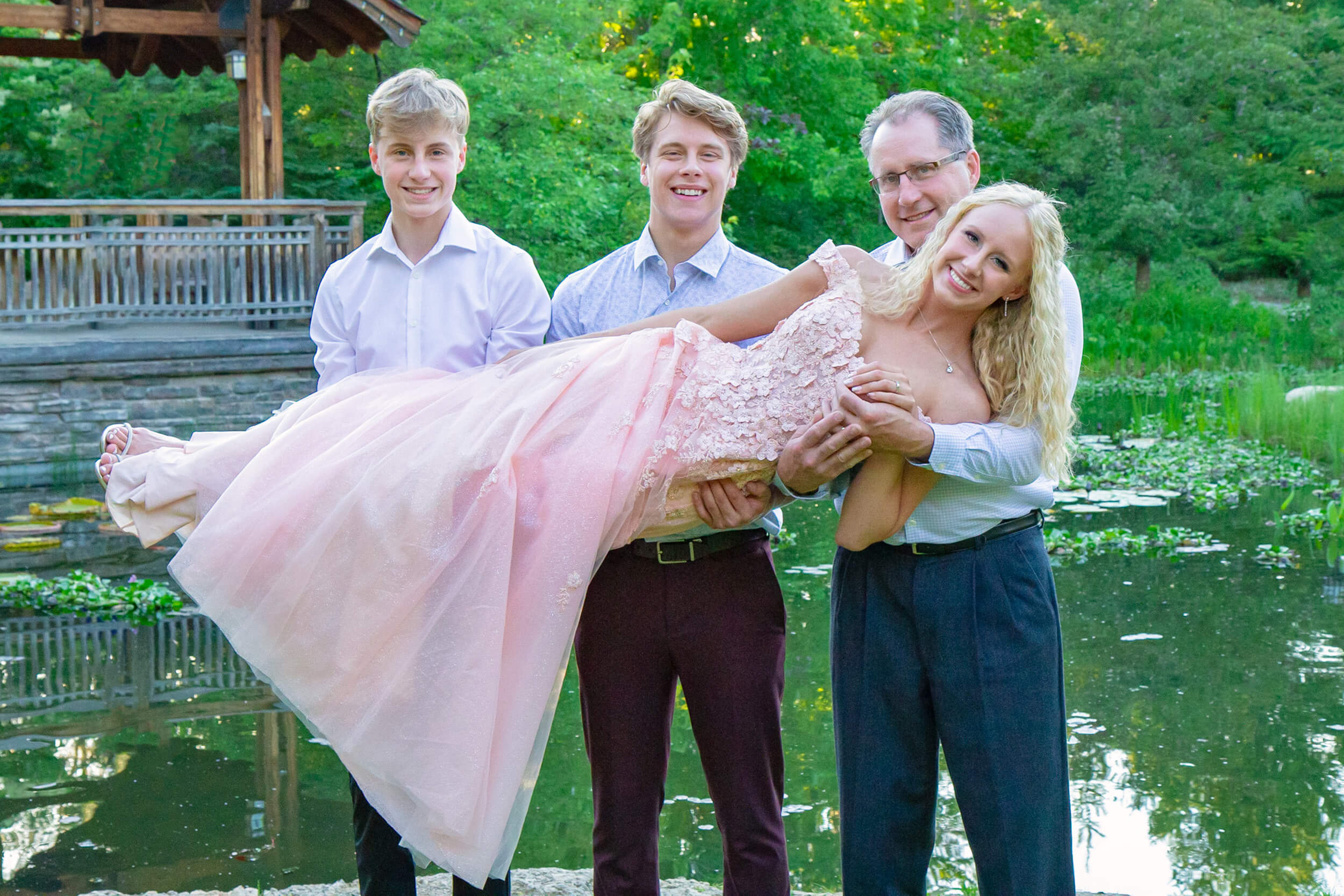 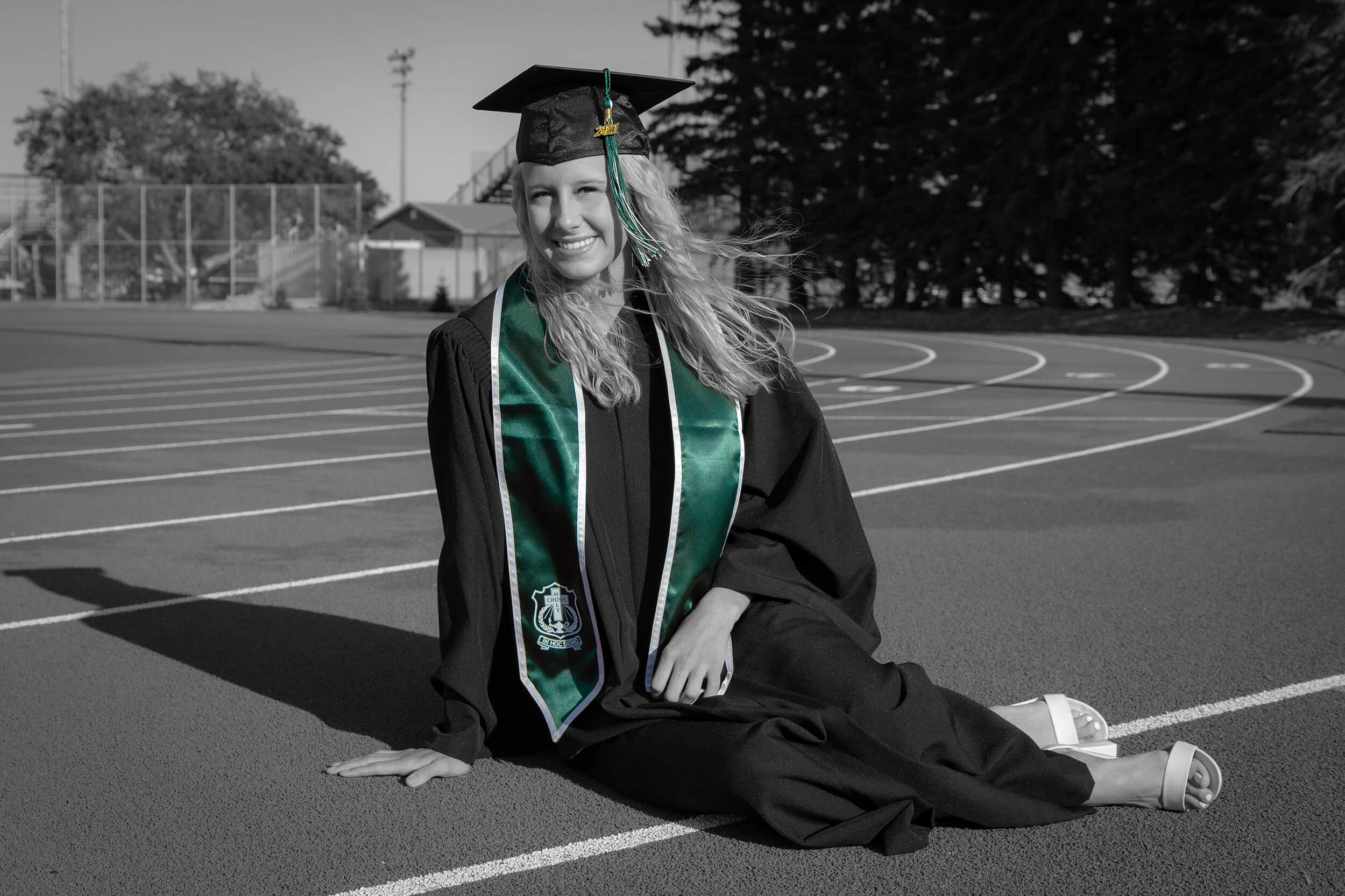 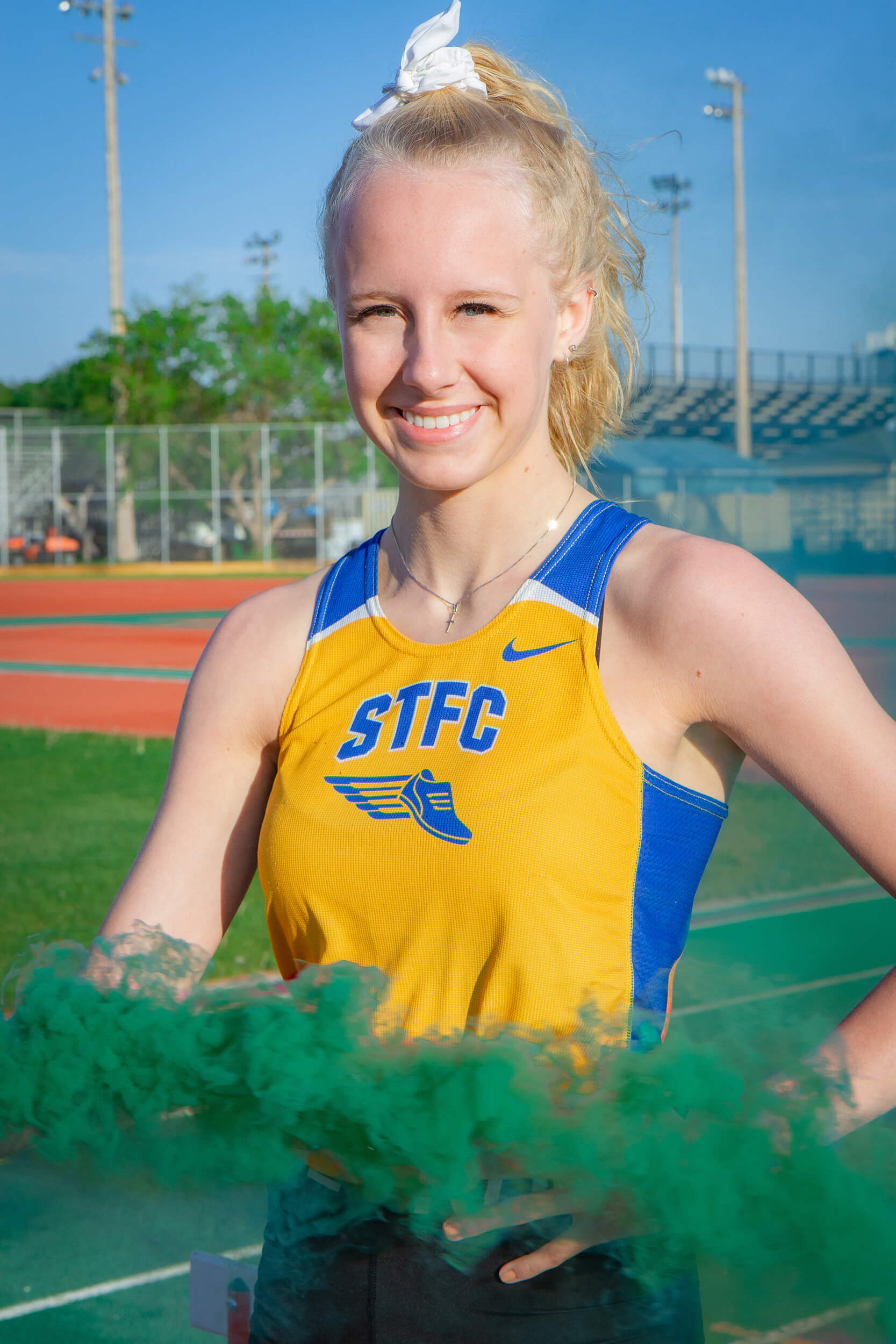 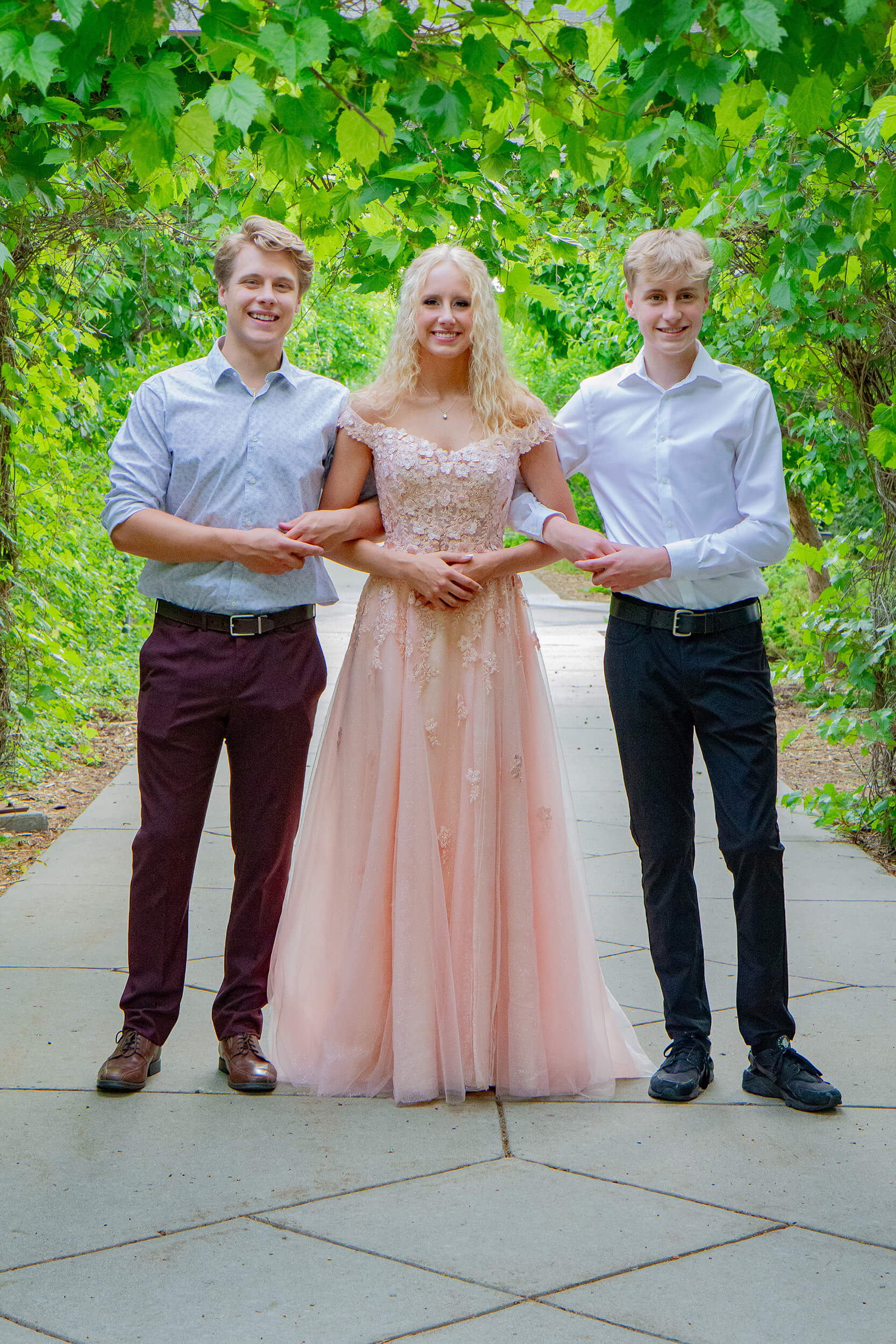 Here’s a short video from the first session Rachel and I had together – her casual session at the running track.

Is it time to book your teenagers graduation portrait sessions? Then let's chat! All you have to do is send me a message to book a consultation call/meeting.

Don't be afraid to reach out! I don't bite.